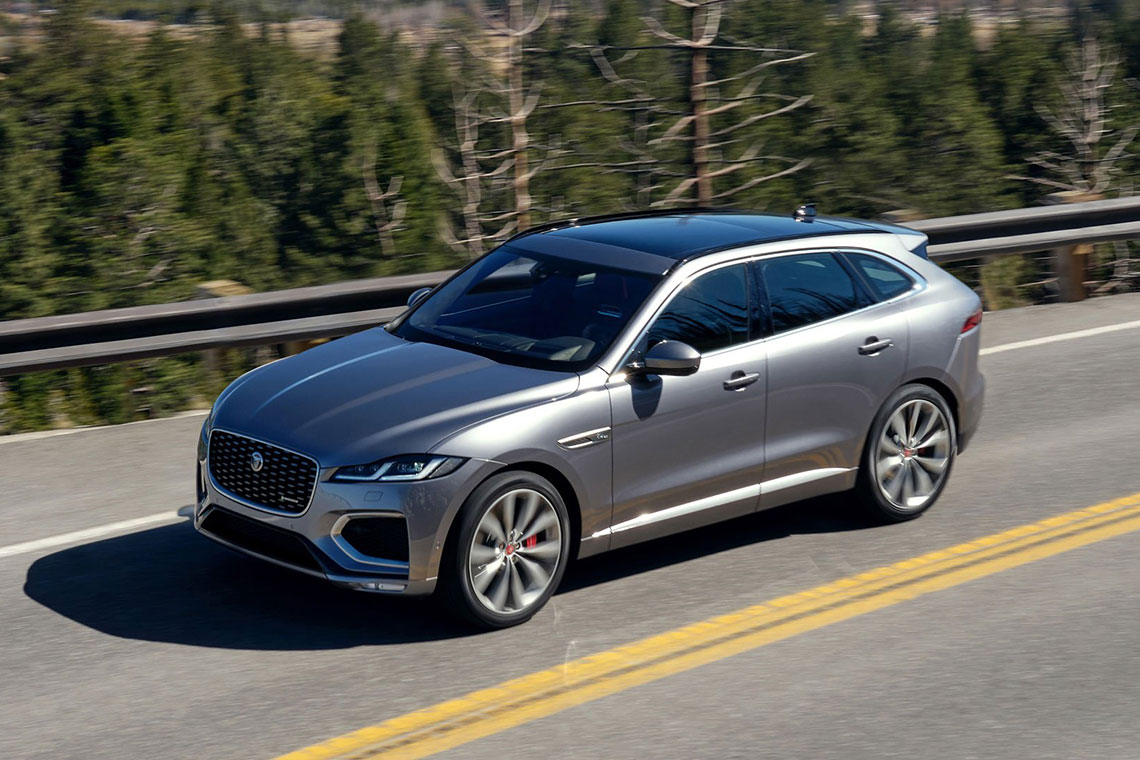 Four years after the launch of the model, the Jaguar F-Pace is getting a little facelift. "Small" is not a euphemism if we judge by appearances. The only notable changes are a more domed hood and a reworked light signature at the front and rear. Inside, the work was much more consistent. A new dashboard has been introduced with a large infotainment screen, the ventilated and heated seats are now wider and more massaging, and the controls and trim have also been redesigned. Under the hood, a 404 hp rechargeable hybrid makes its appearance. The diesel offer includes two 2.0 four-cylinder engines with 163 hp and 204 hp and a 3.0 six-cylinder engine with 300 hp. Only the intermediate version cannot yet be equipped with a P-Tronic box-unit. On the petrol side, the F-Pace is equipped with a 2.0 with 250 bhp and a 3.0 with 340 bhp / 450 Nm, of which P-Tronic boosts performance to 402 bhp and 535 Nm. A 400 bhp version of this 3.0 is also on the catalog at Jaguar.