François Duval needs no introduction. The only Belgian taking part in the world rally championship, he currently races a Ford Focus WRC.
In between his truncated participation in the Rally of Greece and the Finnish leg of the championship, François gave us his opinion on the P-Tronic additional box-units.
This is a product which François is already familiar with through his family Ssangyong dealership in Cul-des-Sarts, to the south west of Couvin. It is this family business which explains why he was invited to try out the product on a Ssangyong Rexton RX 270 XDI 165 bhp, his personal car.

"Fitting the box-unit took no time at all", emphasises François.
One plug to be disconnected to connect the box-unit in-line and it's all done.
"It's the first time I have tested this type of product", the racing driver confides. "Previously, as soon as this sort of box-unit was connected to a vehicle, warning lights came on all over the dashboard, which hardly inspired confidence. But quite clearly, the P-Tronic box-unit poses no problems of compatibility with the vehicle".

When he's not doing battle behind the wheel of his Ford Focus WRC, François Duval describes himself as a 'calm driver'. Calm and experienced. He drives some 30,000 km per year in his personal car.

"The main problem with the Rexton RX 270 XDI is that from the beginning there is an enormous gap between second and third gears. It has to be admitted that in this respect the Koreans could have done better... When testing this vehicle with a P-Tronic box-unit, I noticed a significant increase in power, even if the unit did not totally fill this gap, it is so big.
After that I tried the box-unit on the same vehicle, but with an automatic gearbox. This time, the increased power seemed even more substantial and acceleration was smoother". 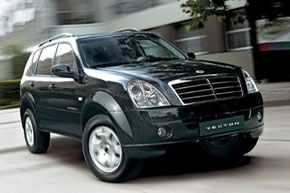 The main problem with the Rexton 270 XDI is that from the beginning there is an enormous gap between second and third gears. 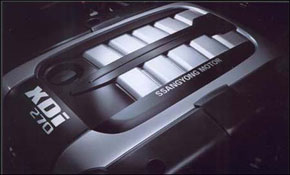 "Fitting the box-unit took no time at all", emphasises François Duval 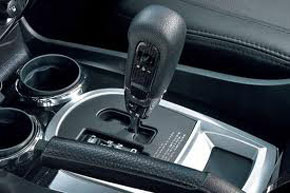 With an automatic gearbox, the increased power seemed even more substantial and acceleration was smoother.