Seat customers welcome the P-Tronic electronic tuning box with open arms. The emotional image (Auto Emoción) projected by the brand, involving responsive models with aggressive designs and colours, enables it to attract a young, trendy public looking for thrills. Giving their pride and joy a boost by increasing its power and torque has become a must for these customers, always seeking new sensations.

After a difficult period, Seat is trying to adopt the quality standards of its big brother Audi. The new Ibiza was the first incarnation of this renewal of quality.

The range also remains focused on the Leon, Alhambra, Toledo, Altea, Cordoba and, more recently, the Ateca. It relies largely on the 1.6 TDI and 2.0 TDI engines, the 1.9 TDI having been abandoned (though it is still supported by P-Tronic). These engines can also be found in the group's other brands, Audi, VW and Skoda.  The arrival of the Exeo in early 2009 marked an important turning point at this level. This saloon, a cousin of the A4, was the first Seat equipped with the common rail direct-injection 2.0 TDI, with 120, 140 and 170 hp versions. This engine stood out because it has gradually found refuge in the brand's other representatives, often supported at entry level by the 1.6 TDI (or CRTDI), the 1.4 TDI or even the 1.2 TDI common rail. Meanwhile, the turbo petrol is also well developed in the Seat range. The TSI and TFSI engines are available in sizes from 1.2 to 2.0 l.

The tuning box of today and tomorrow

This evolution has widened the range of P-Tronic boxes aimed at Seat's TDI engines. The arrival of the 1.2 TDI, 1.6 TDI and 2.0 TDI Common Rail and the turbo petrol 1.2 TSI, 1.4 TSI, 1.8 TSI and 2.0 TFSI has introduced the very latest generation of digital boxes into the range.These tuning boxes are characterised by the use of digital technology with unfailing precision, enabling the box to be adjusted directly by customers, even with no mechanical knowledge. These boxes also come with the manufacturer's original connectors, making them very simple to fit. And as we now produce them on a large scale (given the number of vehicles in which they can be installed), their cost is more than reasonable. Finally, they are very easy to resell or reuse when changing cars as they hold their value, they are interchangeable and the number of models (Seat and others) equipped with this type of common rail injection is growing steadily.

- All the Seat models with P-Tronic boxes
- Manufacturer's official site 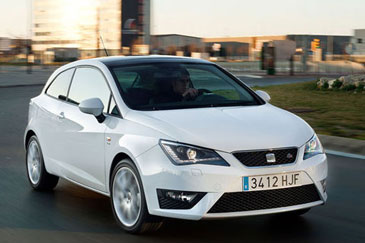 The latest generation of the Seat Ibiza marked a decisive turning point in the brand's development in terms of quality. 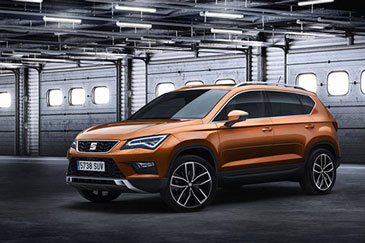 With its fun design and handling, Seat is attracting connoisseurs of chip tuning. 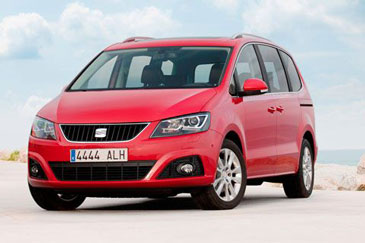 The Seat Alhambra 2.0 TDI family car is well accustomed to the tuning box.